There were no stars or stripes to be seen on this pleasant evening’s ride through the lanes, nor any discussion of Nigel Farages’s idea of 23 June being our own Independence Day in the future. Instead, Squadron Leader Maurice led Deputy Dawg Andrew, John T, Bridget T, Lyn B and Moley Martin on an enjoyable 21 mile ride from The Pheasant, taking in Nuthamstead, Anstey, Meesden, Clavering, Arkesden, Duddenhoe End, Chrishall and Heydon. 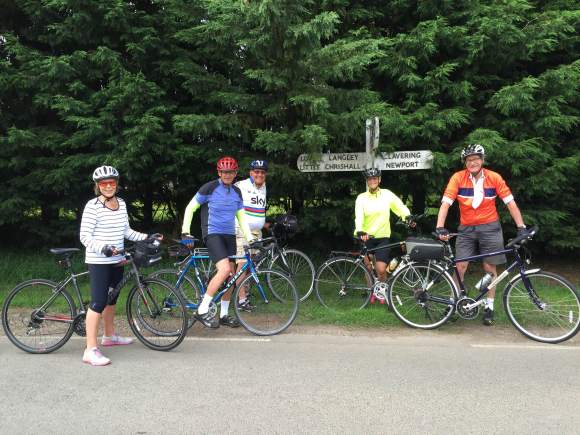 Then it was back to The Pheasant where John B and their black lab joined us after a walk / run all the way from Sandon. Thirsts were quenched with some fine ales and hungers relieved with plentiful helpings of succulent goujons and chips.

Thanks to Maurice and his Deputy Dawg for organising the ride.