Having had a call from Maurice on Sunday, to ask if I would plan Mondays route, as he didn’t think he would be able to make it (back still giving him problems). I had a route in mind, so with the evening daylight slowly drawing out, we would meet at The Pheasant, Gt Chishill at 15.30. Chris and Sandra were joined by Maurice, albeit taking it easy so as not to aggravate his back and smeared with Andrew’s wonder cure too, he would see how it would pan out.

Route discussions ensued and then the route was reversed to take into account the wind direction, not sure what this issue is with wind, we battled on regardless last week and survived!!! The weather was fine but with the threat of showers, thankfully they didn’t materialise. 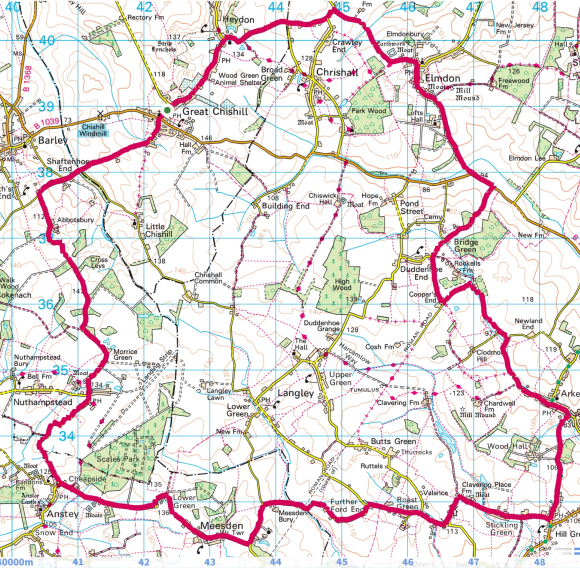 Maurice ducked out at Duddenhoe End, leaving Chris and myself to tackle the hill back up to Elmdon on our own, apparently this is a hill the Windmillers haven’t gone up before but let’s face it it’s great going the other way!! Not much conversation on the way up, shall we say!! Well done Chris for sticking with me on that one.

We met up with Maurice again outside The Pheasant but a little too early for opening, so missed out on the Goujons and chips sadly. Popcorn and a pint at the Tally Ho instead. Thanks Chris and Maurice for joining me.