Thank God for Strava and similar apps. These may be part of the world of Big Brother, knowing exactly where we are at any point in time, but without these natty apps how could we possibly recall where we had been on this glorious Spring day, other than asking Maurice to resort to an Ordnance Survey map and a highlighter pen? Instead, with a couple of clicks we have the record immediately the ride is over. The wonders of modern science. So thanks to Brian for his Strava record of how we dutifully followed Maurice through his home territory of endless quiet lanes and along river banks. This was where we went:

Starting from The Golden Fleece at 9.15am, having placed our lunch orders, Maurice led the way clockwise followed by 10 other Windmillers – Sandra, Keith, Ken, Brian, Roger, Tom, Chris, Lawrence, Simon and Martin. It wasn’t long before we were going over fords or through them as we sauntered through very quiet lanes on this very warm day.

Conversation on our rides is always very varied, no less so on this ride when Simon told us about a problem he had with a stoat which had taken to killing rabbits and hauling them over his conservatory roof, making quite a racket whilst he was trying to read the paper in peace and quiet, and into his attic space where a gourmet meal was clearly then enjoyed by the family of stoats in the restaurant of the ‘Stoatel’. But instead of clearing away the remains, and choosing not to eat ears for some reason, the stoat left behind rotting carcasses of his / her kills, causing more discomfort for Simon. More anon no doubt.

Shortly after crossing Barwick Ford and ascending a steep hill, we came across a vintage sprayer and it’s operator, a local farmer who had built it many years ago. Tom was in his element chatting to him and learning of its pedigree – an old Bedford TK lorry which the farmer had converted into a fine looking machine, a bit outdated by modern standards apparently but clearly suitable for the farmer’s needs.

There were thoughts of coffee around the 15 mile mark but Ware was the destination via the Amwell Nature Reserve and the towpath alongside the River Lea. The water level was lower than usual which should encourage waders. Cormorants were busy building their nests in many places.

Coffee and cakes were consumed in our usual Italian café in Ware, after which we set off along the river path again towards Hertford. But we hadn’t gone far when Brian put in his entry for the Involuntary Dismount prize of 2019 by achieving a notable 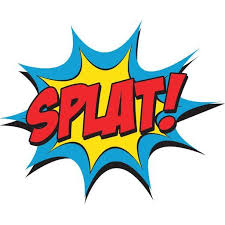 whilst negotiating a barrier on the path at zero speed still clipped into his pedals. Luckily he seemed to escape with only a minor scratch.

The views along the River Lea towards Hertford are quite spectacular but we were soon climbing up the steep hill, having skirted the town, towards Dane End and back to Braughing, enjoying quiet lanes the whole way.

Back at The Golden Fleece it was good to be met by Andrew, just back from his Scottish trip cycling with Don Kent, and John Bagri also joined us having cycled around similar lanes. It was so hot, almost unbearably so, that some wished we had eaten the excellent lunch inside.

Thanks to Maurice for guiding us around his ‘own’ lanes once again. It’s always a big treat. And thanks to Andrew for organising us from a distance to ensure we got there on time.