A glorious sunny afternoon awaited the three amigos, Andrew, Keith and Sandra as they assembled for what would be a leisurely repeat of a ride taken a couple of weeks before but less windy and thankfully not blighted by fly tipping that we’ve encountered on recent occasions.

With all of us turning out Orange jackets we wouldn’t have looked out of place in the departure lounge of a certain Bedfordshire airport. Could this be the Windmill clubs new kit?!!! (I think the jury is out on that one!!!)

We set off in formation North before veering towards Shaftenhoe End with Dawg leading the flight. Elf and Safety officer ‘Dawg’ at the forefront, leading the way with his new found drifting skills being put to the test, the first shady bit of road throwing up a sizeable patch of ice, time to ease off and take it carefully. Heading downhill and then up to Little Chishill with Dawg developing his stabiliser deploying techniques, similar to those of a good quality speedway rider, the advantage for those behind hearing the scuffing of soles on tarmac and having chance to adjust speed accordingly.

On to Lower Langley before turning to head towards Meesden Bury, crossing the fast flowing ford, all of us surprised to see so much water flowing over, must be a result of the recent snowfall melting, then cutting across to Roast Green, discussions of previous icy rides on the same roads with involuntary dismounts ensued.

It became clear as we took it easy on the way up to Roast Green that I had an issue, fuel to air mix had gone astray, air intake compromised/filter blocked but I would pluck my way up, the guys patiently waiting for me, this would be one of those kill/cure rides, the fresh air would do me good!!!

On to Starlings Green, Brent Pelham and the back road to Anstey, where there was plenty of opportunity for Dawg’s stabilisers to be deployed, then back to Barkway taking in the glorious sunset of which we could compete on brightness. Keith keen to give two magpies  dining on fresh road kill a wide berth following a recent experience in Australia, if we see him sporting a helmet with spikes sticking out of the top, we’ll know why!!! 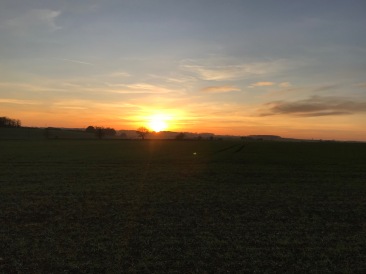 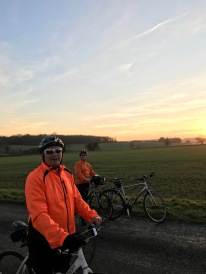 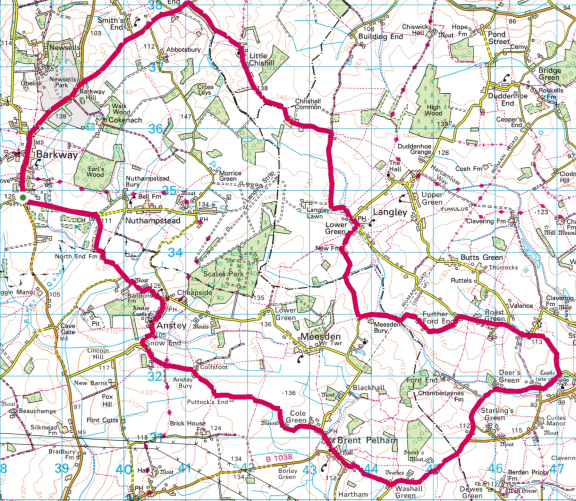 Back at the Tally Ho we were joined by Maurice, who took great delight in saying he didn’t think it was safe to go out but we all survived unscathed and I think it did us the power of good.

Thanks Andrew for organising a great ride.

Merry Christmas and looking forward to riding with you all in 2018.